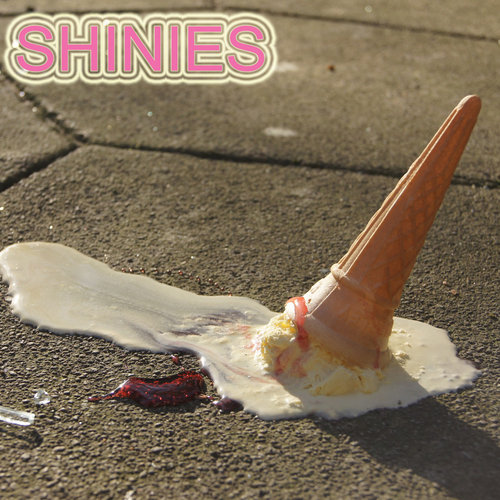 Available on 7" vinyl and on iTunes

SHINIES grew out of the late night jams of Ric, Adam and Tom in a South Manchester basement, fueled by a mutual love of loud noises, discordant chords, catchy melodies and cheap cider. Their sound exudes walls of swirling guitars underscored by poppy hooks, relying heavily on melody, drive and frantic rhythms

Formed in December 2011, SHINIES released their debut single ‘Shola/Pillow Talk’ in April 2012. Since then they’ve recruited the services of Joe Fisher on bass and spent the summer jamming in their basement rehearsal space in Manchester, their sound evolving from its DIY beginnings into a well-honed and emotive sonic assault.

The tracks were recorded in February on Lightship95’ a boat on Trinity Buoy with Rory Attwell and demonstrate SHINIES ability to combine a pop melody with a harder edge.