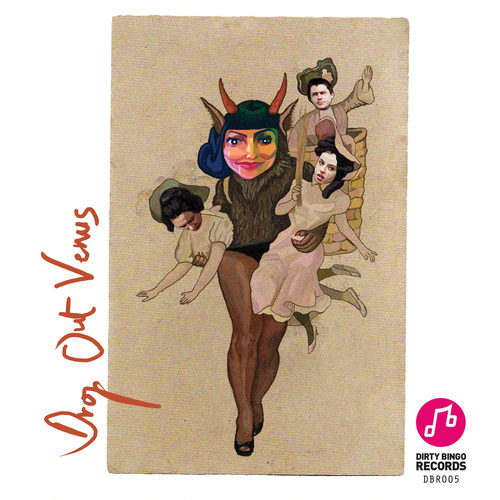 Available on 7" vinyl and on iTunes

The band was formed after discovering they all share a form of synaesthesia, which has led to a wildly sensual approach to playing music, their musical education being most deeply felt somewhere between the whisky drenched piano of Thelonious Monk and the crazy hazy kisses of the Flat Duo Jets.

Their first single, the double A side ‘Elastic Teen Rent/I Kill Foxes’ follows a prolific six months for the band, with their first track 'Love In Vein' capturing many ears online and on radio (Zane Lowe/John Kennedy/Mary Anne-Hobbs), and a self-released cassette packing a medley of over thirty tracks within thirty minutes. Recent support slots with the likes of Charlotte Gainsbourg and Connan Moccasin prove that they are ready to take their unpredictable ‘Junk Jazz’ to much bigger stages and audiences.

I Kill Foxes - This is the saddest song I've ever written and I borderline hate it. It started off as a joke. King HeadSwim was for a while obsessed with Bill Callahan's I Break Horses, which is a pretty terrifying song about one man's behaviour towards women. He used to play it to us a lot, and for his birthday I wanted to write him my own version of that song in which the roles of man and woman were reversed. The problem was that it stopped being a joke in the first five minutes of improvising the words and melody and it felt like the song kind of turned on me and became confrontational as opposed to in any way entertaining..” – Iva, Drop Out Venus